The Warrior Beat Drum Circle Facilitators Training Intensive takes place at the V.A. Medical Center, in Chillicothe February 10-14th. Participants will learn all the skills needed to facilitate their own drum circles with Veterans using the Warrior Beat method which has been developed by Veterans for Veterans. Skill training will include:

The Chillicothe VAMC, with support from the VA Innovations Network Investment to support Trauma-Informed Care – T.I.C. is the new CPR! This training is open to Veterans supporting Veterans as well as any Veteran’s support organizations. This is a VA and community collaborative to provide support to any Veteran whether or not they are enrolled in the VA. Our mission is to reach as many Veterans as possible to support connection with Veterans, hope, resilience, and the opportunity to help fellow Veterans. 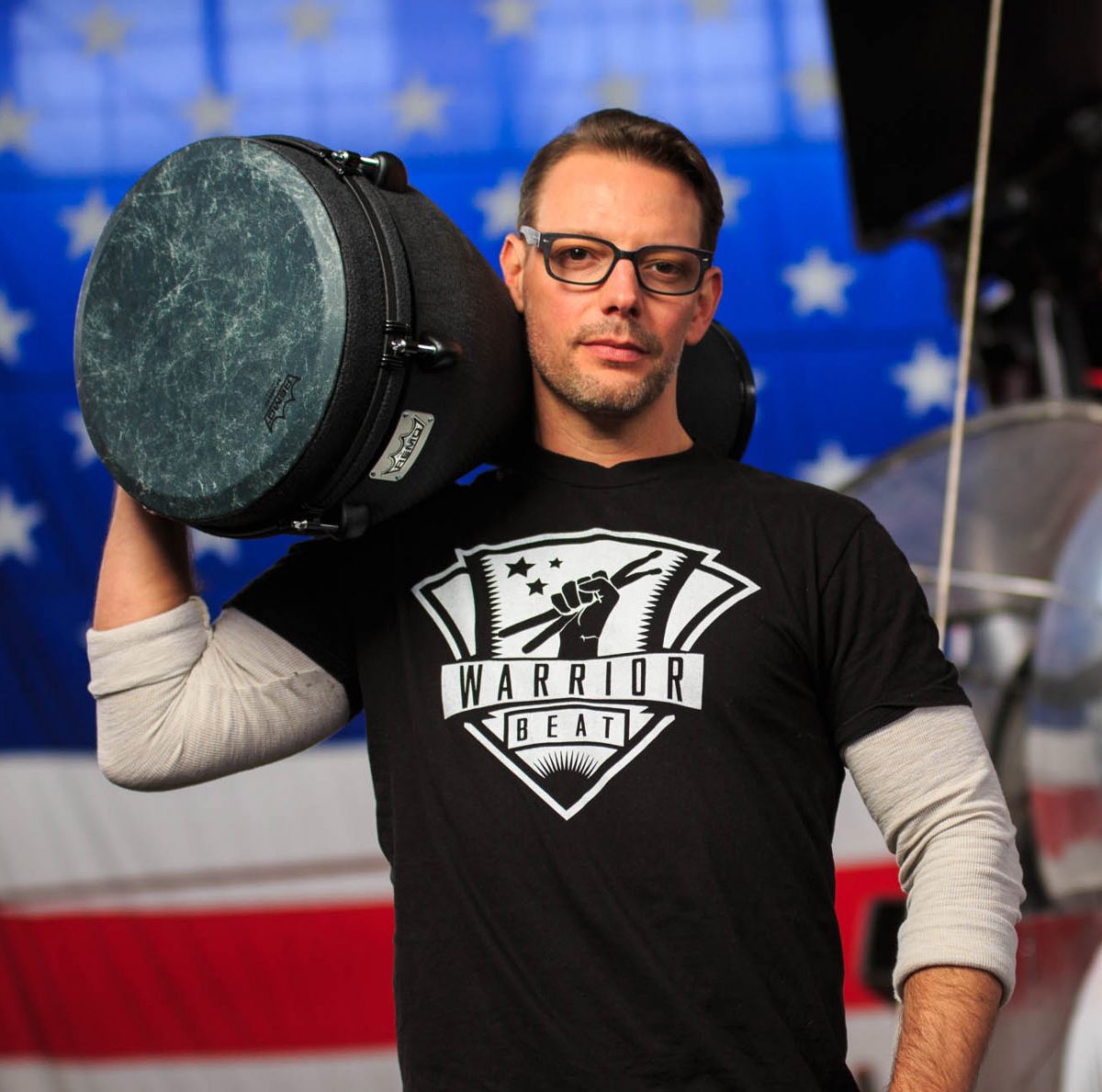 Trevor realized his passion for playing drums at the age of 5. In 1997 Trevor enlisted as a Hospital Corpsman in the US Navy. He was then sent to Field Medical Service School where he was trained in combat medicine by the USMC. He then served a two-year tour overseas as part of the forward-deployed Pacific Fleet. Trevor has combined his passion for drumming and military experience to create a movement that will help alleviate suffering and enrich the lives of his fellow veterans. Trevor serves as the CEO and Chief Facilitator of Warrior Beat. 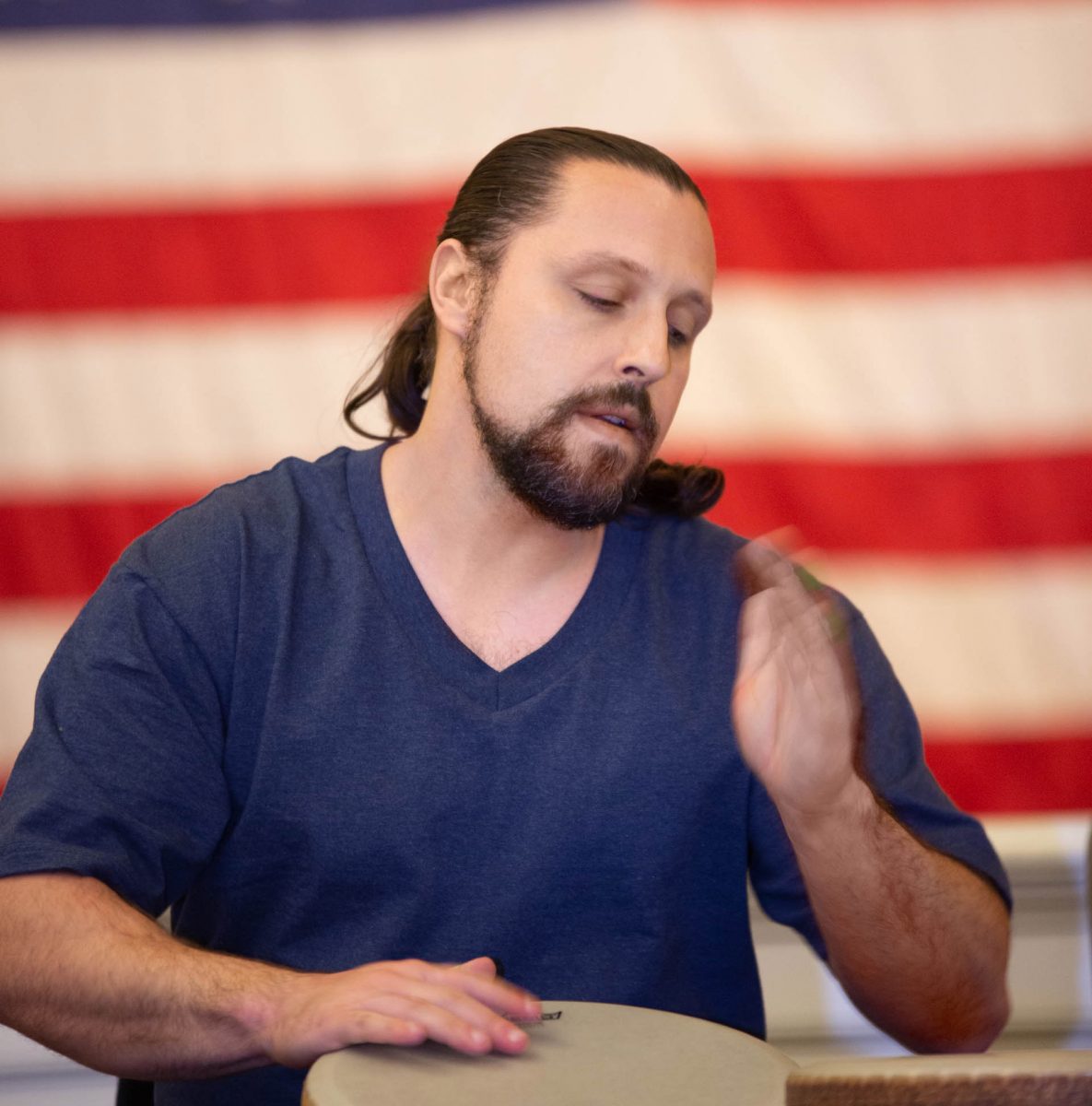 Mike began his percussion career at age six under the instruction of his father and local working drummer Carl Reyes. At age 15 he continued studying with local teacher Scott Grewell until his graduation from Sandy Valley High School. He then enlisted in The Ohio Army National Guard and attended Basic Combat Training and Advanced Individual Training. After his return from Training, he studied percussion performance at The University of Akron under Dr. Larry Schneider and Mr. Mark Gondor. He obtained a Bachelor of Arts in percussion performance while serving part-time in The National Guard. While attending college Mike also worked part-time at Zampino’s Drum Shop as a private instructor, in addition to working as the percussion instructor at his high school alma mater. In 2003, his unit was mobilized, and deployed in support of Operation Iraqi Freedom 1, where he served in Northern Iraq from January 2003 until his return in May of 2004. His primary duty while deployed was operating as a member of a convoy escort team, vehicle recovery team, and heavy wheeled truck mechanic. Mike remained on Active Duty for the Next 10 years as a recruiter in E. Company Recruiting and Retention and was posted in the military science department at The University of Akron as a result of his alumni status.

Mike has been earning a living exclusively as a full-time musician and teacher since 2016. Mike is also working as the percussion instructor at both East Canton High School and Canton Central Catholic High School, as well as, teaching private drum lessons during the week. Mike’s percussion specialties include rudimental snare drumming, drum set, djembe, conga, and cajon. 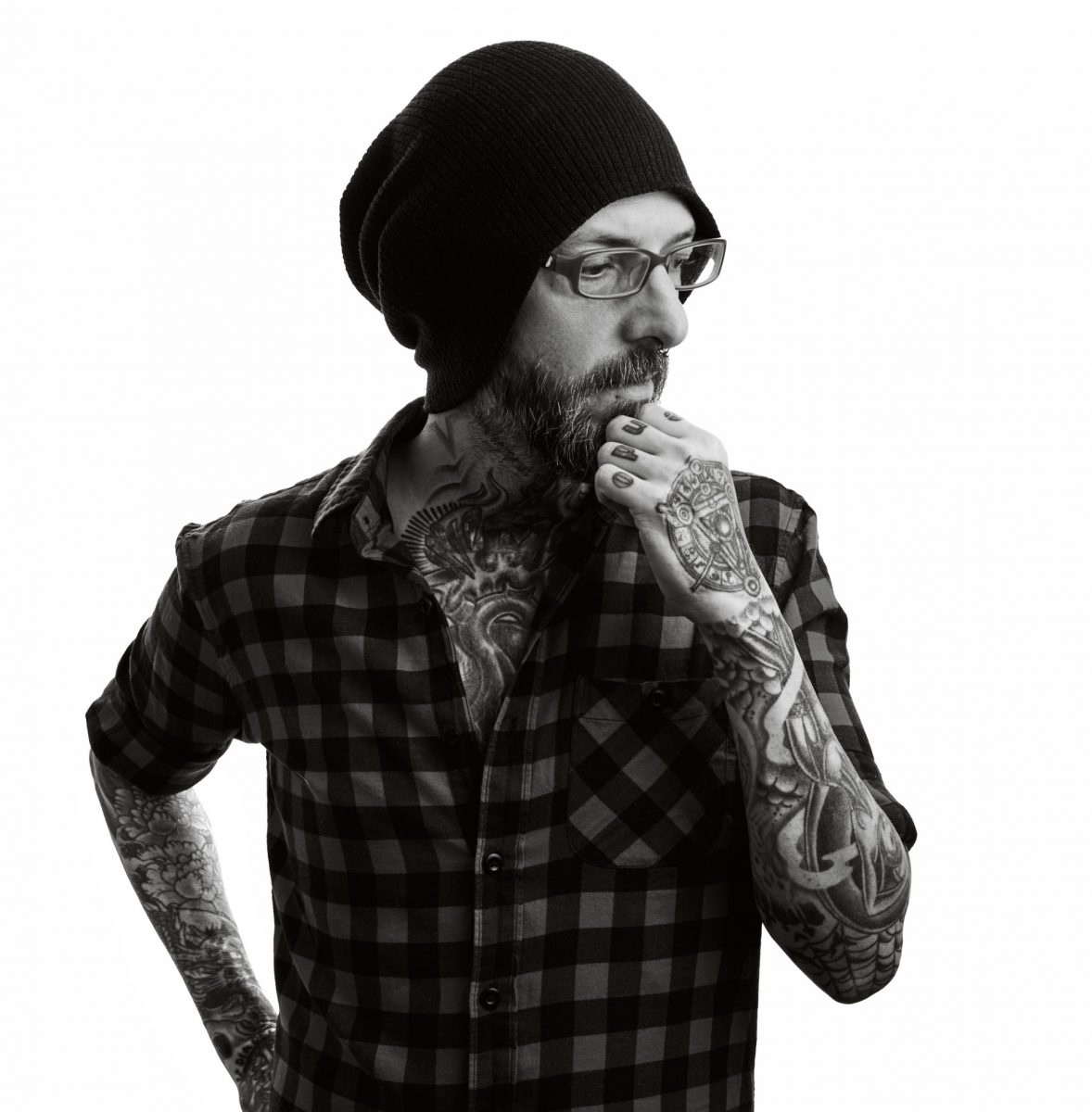 Benjamin has over two decades of experience as a Creative Director. He started one of the world’s first all digital-based design agencies, Hopping Media, just as the internet was becoming of age in 1995. He has worked for numerous high-profile companies, including Apple, Microsoft, Cisco Systems, NETGEAR, and Facebook. Under the auspices of Warrior Beat, Benjamin serves as Creative Director to create a visually welcoming environment and acts as the chief coffee sheppard for the other founders.

Benjamin is also an award-winning photographer and filmographer.